Take a look at any property listing on any office real estate website and you’ll quickly notice that different platforms use different metrics for describing the size of an office. Square meters, square feet, people per square meter, or people per office are all commonly thrown around—but which is the most useful?

No matter how you slice the office space, different landlords and providers in the commercial real estate market love using different metrics to describe the size of their space.

If you’re looking for your next office space on different listing platforms, you’re likely to encounter any—or sometimes all—of these metrics. But how did we get here? Were there always these many metrics? The answer to this question has to do with the way the office space has evolved in the last decade, and with breaking with the traditional mold of commercial real estate.

Let’s start from the beginning. At its core, the square meter (square foot in the US, UK other non-SI locations) is used to describe the size of the floor space of a building, or any other piece of real estate. It is calculated by multiplying the length by the width of the structure or land being measured. Square meters/feet can be used to measure any room, floor, or plot of land—and it gives both tenants and landlords a clear picture of how much bang for their buck they’re getting when looking at an office space.

In the past, traditional brokers and landlords have routinely opted for the square meter delineation. In Europe, a glance at traditional players like ImmoScout24 reveals that many still continue to do so. The same goes for the US: big players, such as JLL and Colliers also rely on the square foot metric. There’s even a commercial real estate provider named after the metric itself. 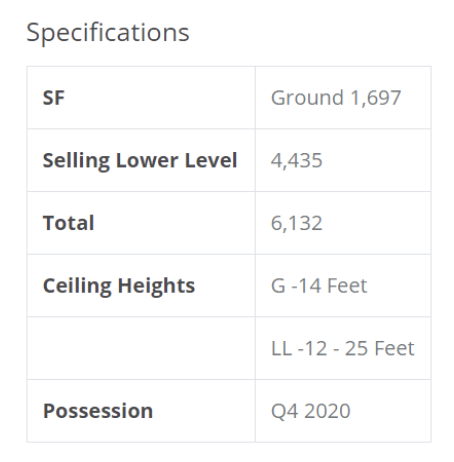 Moreover, many of these players also opt for the square meter/foot per person metric, which is calculated with a simple equation: the usable square feet of space a company leases or owns divided by the number of employees assigned to each respective space. In other words, X square feet is divided by Y employees to get a rough picture of how much space is used.

For decades, these two metrics accurately measured the average space employees use (and need), and commercial real estate providers began to use it as common currency on listings and office descriptions. After all, if companies are looking for one whole office floor as a whole unit, then square meter/feet delineation makes sense. But what if companies don’t want a full office?

The shift to people-centric metrics simultaneously coincided with a dramatic shift in the commercial real estate sector: the arrival of flex/service providers and non-traditional space arrangements. Hot desks, turnkey workplaces, Hot desks, co-working spaces, and plug-and-play meeting and event room spaces have, in the last decade, become options for companies and organizations across the world. Given the nature of these new flex options, square meters and feet no longer sufficed in explaining the actual size per cost ratio of any given workspace.

Take a look at any of the newer office space players and you’re likely to see the “people per office” metric used—often in combination with square meters/feet. Early adopters include WeWork, Breather, and Convene, which use this metric to offer multiple different flex options and rental arrangements depending on the space. They often appear as an icon underneath the listing, or as part of a specification in combination with other metrics/amenities. Some players, like Breather, even go one step further: they break down the people per space metric into individual units (meeting rooms, breakout rooms, and more—see below). 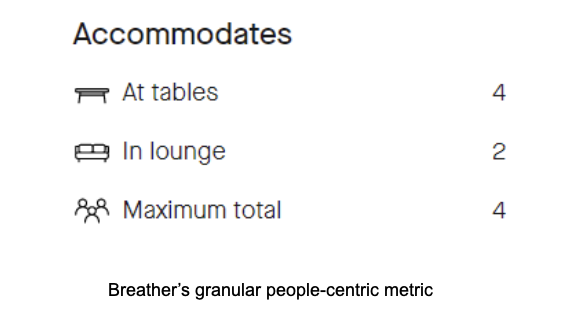 At the heart of people-centric metrics is the desire to simplify commercial real estate to the average customer. Rolling back the antiquated nature of office real estate, new flex office providers are doing so by questioning the antiquated nature of commonly used metrics, many of which are beginning to seem outdated and inaccurate. A more tangible example: if you’re a freelancer looking for a small co-working office, would square meters/feet be the only relevant metric for your office search? Most likely not.

Ultimately, the kind of metric used in describing an office space is largely dependent on both the type of space being rented out and the possible rental arrangements of the space itself. As the nature of office space evolves further, and as the demand for flex solutions becomes ever more unassailable, people-centric metrics will continue to play a large role in describing the office space.

We’re helping the Berlin office ecosystem before, during, and after COVID times. If you’re looking for an office space or need advice on finding the right space, talk to us.

What Is The Office To You? An Interview with Conradin Castell, CEO of mute-labs

To inaugurate our brand new interview series about what the office space means to founders in Berlin, Setting sat down with Conradin Castell,...

What Does a Green Office Space Actually Mean?

Eco-friendly, sustainable office space, or green office? With the climate crisis front and center of many company initiatives today, the idea of a...

How Many Square Meters Do You Actually Need?

It’s that time again. After a successful product launch, your team is growing, growing, and growing. As HR puts out listings for 15 new positions,...